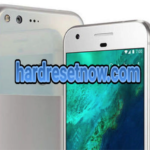 It is a common issue with Android devices that they start lagging after some time. Even if you are having an Android device with powerful hardware you might experience lags and issues while using it. Slow speeds can be because of some malicious apps which are degrading the performance of your device or recent software
Read More

Nexus 6 is a powerful Android smartphone which was launched by Google in 2014. Nexus 6 comes with powerful hardware and amazing features which make it one of the best Android smartphones of the year 2014. The device comes with a massive 6.0-inch display screen even bigger than the Samsung Galaxy Note 4. This was
Read More

The Chinese smartphone manufacturer Xiaomi gave the sleepless nights to the companies like Apple not only in China, but all over the world with its technically optimized android phones with best features and looks. The Xiaomi phones are actually giving very stiff competition to not only the Apple iPhones, but the android giants like Samsung,
Read More

The Samsung has always been a company which provides the up to date technological product and some time starts a trend in the smartphone world to conquer the untouchable limits. The Galaxy Note and Galaxy S series are some serious examples of the Samsung’s high class thinking. One more phone which Samsung had launched a
Read More

Android is truly the champion of the smartphone world and so as the soaring sales chart of the android based smartphones. There are many companies, nowadays which are emerging as good competitors of the set giants like Samsung, HTC and others. One of the emerging android based company which is actually playing big in the
Read More

Apple is undoubtedly the sire of smartphone world and with its latest iPhone 6 and iPhone 6 Plus, it has further consolidated its numero uno position. The new iPhone 6 Plus is bigger, faster and a challenge to all the other companies like HTC, Sony, Samsung and Nokia, which are trying to stay alive in
Read More