Nokia 3 is a relaunch mobile phone that uses the Android operating system. They have completely left Windows. Nokia 3 is Nokia’s answer to the needs of middle to low-end consumers. With a metal coating on the body made from polycarbonate, this phone is suppose to look high end with a low end price. Powered by SOC
Read More 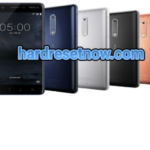 Method 1 Turn the device off and on again by pressing Volume Down and Power Key for a few seconds. When the Android logo appears then release the Power key but still hold Volume Down until you see Boot Mode. Use Volume buttons to navigate menus. Select Recovery and as always, use the Power key
Read More

The Nokia is a company which has seen the summit of sales chart and the downfall as well. These days, the company is thriving on behalf of its windows OS phone series called Nokia Lumia. The company has many phones under that belt sized normal to the big phablet. One of the phones which are
Read More

Nokia has been one of the phone manufacturer companies which has seen every up and down in its market span. At a time, before the android platform was introduced to the world, the market was dominated by the Nokia. Then came a time, when the Nokia was touching the sea-bottom with continues drop in sales.
Read More

Nokia, the once mobile king, has been losing its charm for past some time now, especially the day since Android started getting popular. To be back into old days, Nokia has made thousands of efforts so far, and one pretty impressive out of them is the launch of Android based smartphones by the company. Nokia
Read More

The once upon a time legendary mobile manufacturer company Nokia was hitting the ground very low, but thanks to its windows series phone, which get the company it’s a few glory days back. Now, as Nokia is doing well again in the market, it has opted for an experiment and launched its first semi-android phone
Read More

The famous phone manufacturing company Nokia was at the extinction stage sometimes ago till its flagship Lumia series with windows OS hit the market. The Lumia series just gave the people another option of OS who didn’t want to purchase android and couldn’t buy iOS. Today, the Lumia series has its own market, which is
Read More