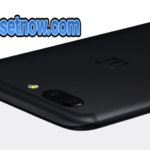 There are two ways to hard / factory reset the OnePlus 5: Method 1 Press Power Key to turn off device. Press and hold two buttons simultaneously, namely Volume Down and Power Button. Hold them for a few seconds until you see the OnePlus icon “Never Settle”. When the icon appears, release both buttons. You will
Read More

Android is truly the champion of the smartphone world and so as the soaring sales chart of the android based smartphones. There are many companies, nowadays which are emerging as good competitors of the set giants like Samsung, HTC and others. One of the emerging android based company which is actually playing big in the
Read More