The rise of android era has not only lured the users, but the manufacturers too to play the game of smartphone war on the global scale. The companies like Oppo, Huawei and many others are coming up with some quality android phones these days.

The Huawei Ascend P6 is one of the phones which have created a buzz in the market because of its looks and performance. Though, the vulnerability of android to bugs and freeze situations also comes with it. The hard reset is the only solution of these problems and here below are the methods of performing that. 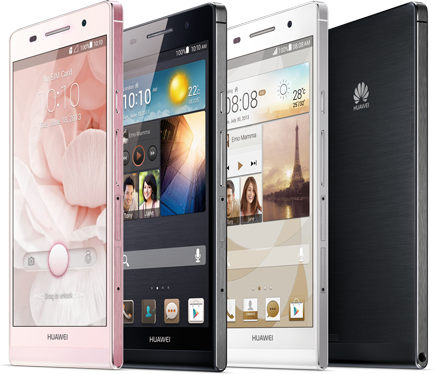 Every android phone comes with the settings of performing the hard reset and so as this Ascend P6. The below steps will guide you to the hard reset process.

It’ll take a few minutes to do the needful and after that you can use your new Ascend P6.

This method uses the combination of physical keys available on your Ascend p6 to perform the hard reset. Here below are the steps.

The process will start now and will take several minutes to wipe out your phone completely, including apps, contacts, texts, e-mail accounts and rest.

The companies like Huawei, Oppo, Karbonn and other have a long route to go before they can establish themselves as a brand and give a stiff fight to the likes of Samsung, HTC, Nokia and Sony.

They have started well with some of their devices doing well but, it’s too early to say anything. Though, the smartphones from them work exactly like that of big fishes and the processes of hard reset mentioned over here is a proof of that.